Are Template Clubs Losing The Plot?

My opinion on the growing trend amongst template clubs of adding too much "bloat" to templates, and why they should be carefully considered. 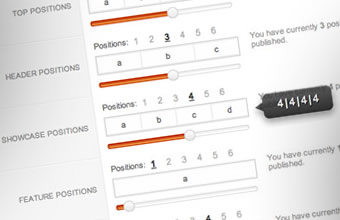 I've long been a fan of the cutting-edge design work produced by many of the top template clubs.

Rich, unique designs are being published every month for keen club members to download and deploy for their own web projects, making it easy to get an amazing looking website up-and-running in relatively little time.

However, what I'm not a fan of is the way many templates are built these days.

A good poke around under the hood is enough to make anyone who works with HTML/PHP/CSS frown at what's going on – yes, the code is normally nicely structured, but what is rendered in the browser needs to be carefully considered before using a commercial theme.

The trend these days is to use a proprietary theme framework – these are produced by the clubs and normally the core is shared under a GPL license. All of the club template releases are built on this framework, which offers a bewildering amount of flexibility in layout and features. Often they come complete with an entire management system which is used to configure how everything works. This management can even stretch beyond the template and start managing core features of the CMS itself.

However, the learning curve tends to be steep, with the frameworks being massively complex in their implementation, and core changes to the code are far more difficult than they would be for a more traditionally constructed theme.

Many aspects of the layout can be adjusted within the theme's setup options, so in a lot of cases, code intervention isn't really needed – but what if you need to break free of the framework for something? You have to commit to learning how everything works within the framework, and often even small adjustments are hugely complex given the more rigid nature of the frameworks (which are normally based on a CSS grid system).

Ah, HTTP requests. A real hog of performance, and something you want to really keep to a minimum. By using clever techniques such as CSS sprites, JS and CSS combining, you can massively reduce the number of requests thus speeding things up – a win for your users, a win for your host, and a win for the performance of the site.

Now, I understand the requirement to separate elements up in order to give flexibility to a theme – but at what cost? Dozens of individual CSS and Javascript files cannot be a good thing.

Take a nice, lean CMS like WordPress for example. I recently was asked to investigate why the breadcrumb trail wasn't working (turns out the theme's breadcrumbs file was pretty much useless) and was horrified at the source output that I saw. Take a look at these stats:

Which all add up to the following:

Of course, I understand that sites will vary in content, plus there were a couple of extra plug-ins installed in this case – but a quick look at the relevant demo sites paints a pretty similar picture. When you consider that template clubs usually run on some pretty beefy server hardware, they can give a false impression of how the template might perform. Once deployed to a more common shared hosting platform, performance will undoubtedly suffer.

What can we do about it?

Template clubs and their projects are obviously a great way for novice developers and webmasters to get started, but many will be oblivious to what goes on under the surface of a theme, blinded by the fancy design and effects.

It's a shame in some ways, as the popularity of these clubs means that a high percentage of CMS websites will be using them, which could portray the whole platform in a negative light if the performance of a platform is judged on these sites.

My advice: take a look at what's going on under the hood when using a club template, you might be surprised at what you see. All those features aren't really free, and are costing you dearly in terms of performance. Also, to get some real stats on your site, run it through a performance checker like http://websiteoptimization.com/services/analyze/ to see how your own projects perform.

Of course, not all theme providers can be tarred with the same brush – know of a club producing more streamlined templates without all the fluff? Let us know in the comments!

There are 5 awesome comments...